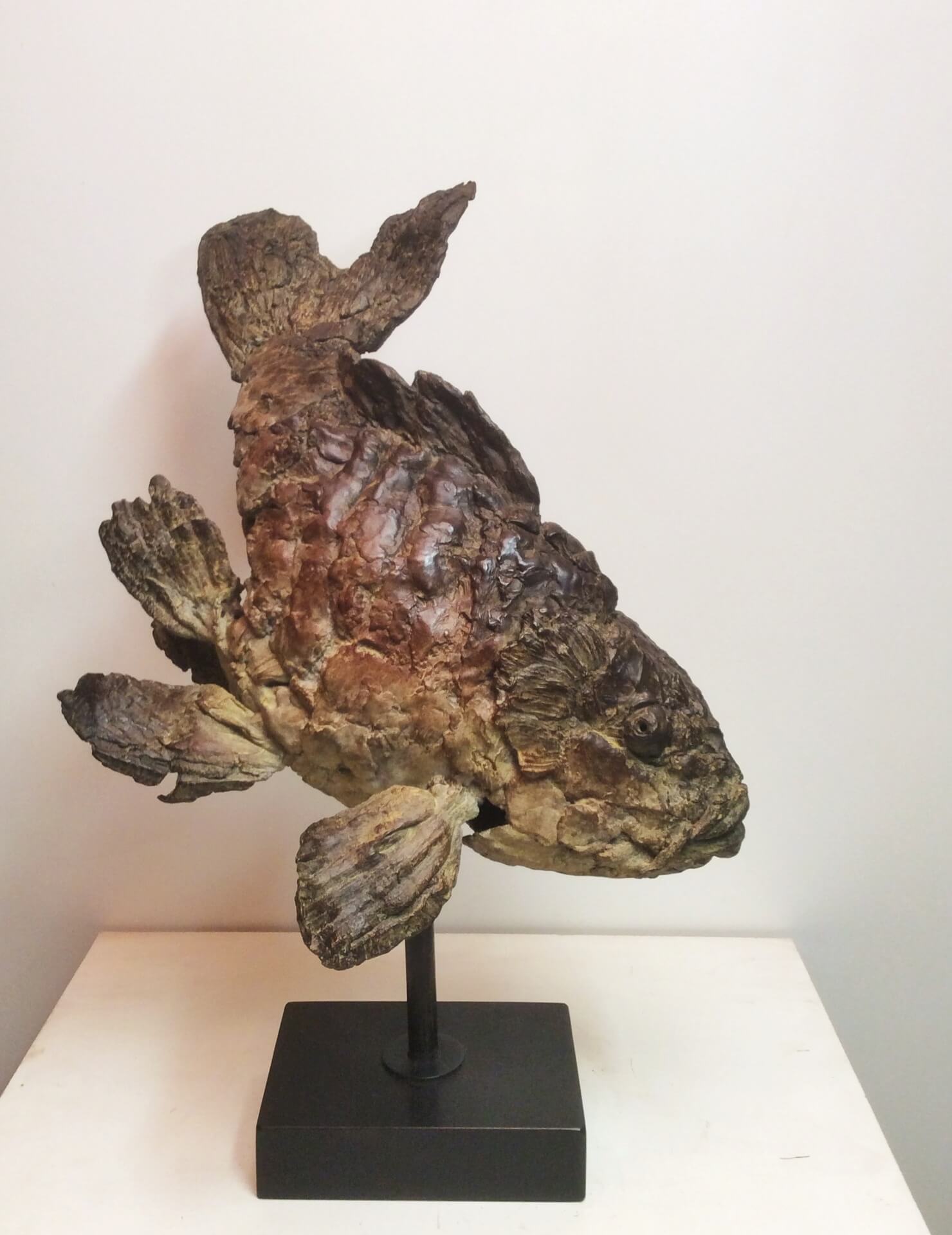 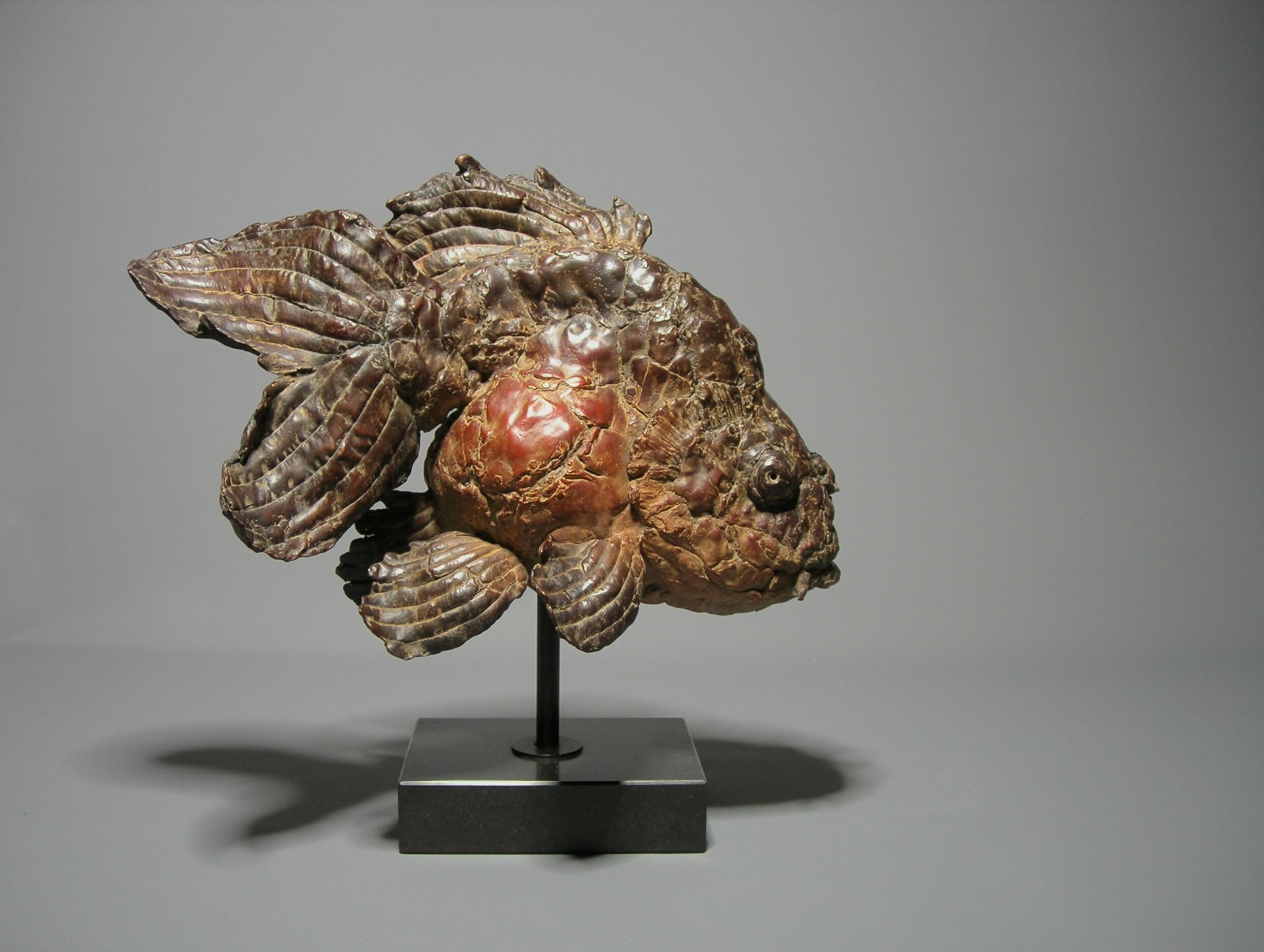 Pieter Vanden Daele was born in Oudenaarde , Belgium where he lives and works . His bronze sculptures of different fish species and frogs are now exhibited in Belgium, the Netherlands, the UK, France, the USA , Canada and Russia.
‍
The river Scheldt and numerous ponds provide an ideal fishing area around his native town. His friends were passionate anglers and from an early age, Pieter found himself fascinated by the underwater world and its amazing fauna. Being creative by nature, he went to the academy of Oudenaarde where he attended painting classes. In 2000, he started working in an art foundry as a teaching practice, where he learned the process of moulding the pieces, making wax sculptures, bronze casting, polishing and patinating ,.....
‍
In 2003, he joined his passions together and began casting bronze sculptures of different fish, mostly carp. Pieter sculpts his original model out of organic materials such as leaves, wood, leather, wax and many other materials. This results in the rough and elaborate surface of his pieces, thus beautifully rendering the actual skin of fish. His fish are alive, captured for eternity in bronze, just as nature captured prehistoric fish in fossils. It is not only the life like quality of his sculptures but also the wonderful patina that Pieter creates for his pieces that sets him apart as an artist. Since 2014 he also makes frogs with the same techniques. Pieter's sculptures are limited edition bronzes.
‍