It is a great honour to be asked by the trustees of Ascot Racecourse to provide an exhibition of sculpture for the Royal Enclosure Gardens. This year’s  showing is an exciting mix of styles, approach and subject from the very best in British sculpture.  All the works are available for you own, do get in touch for details or to arrange a viewing. 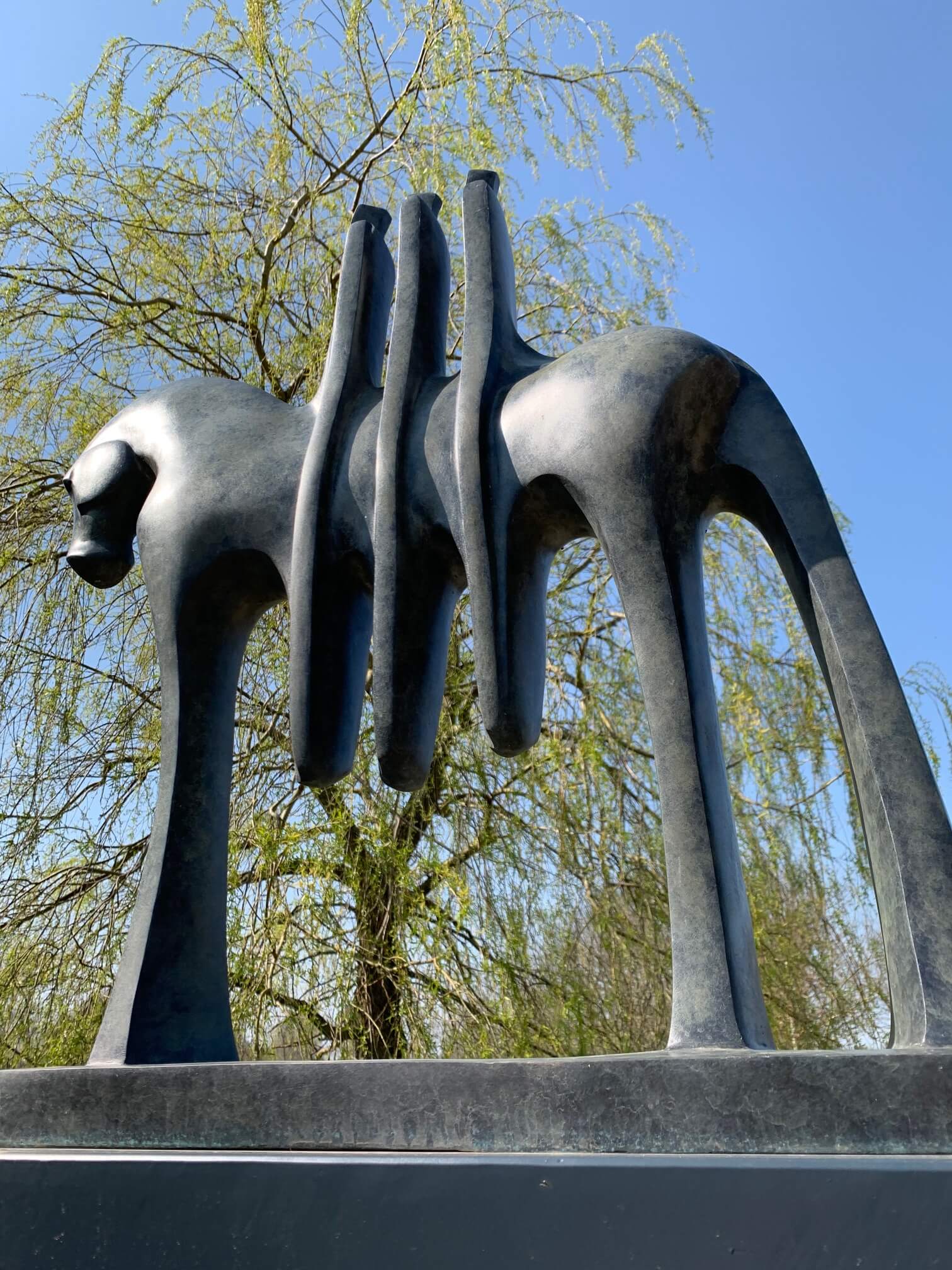 We are honoured and delighted to yet again present the very best in British sculpture at the very finest British event. 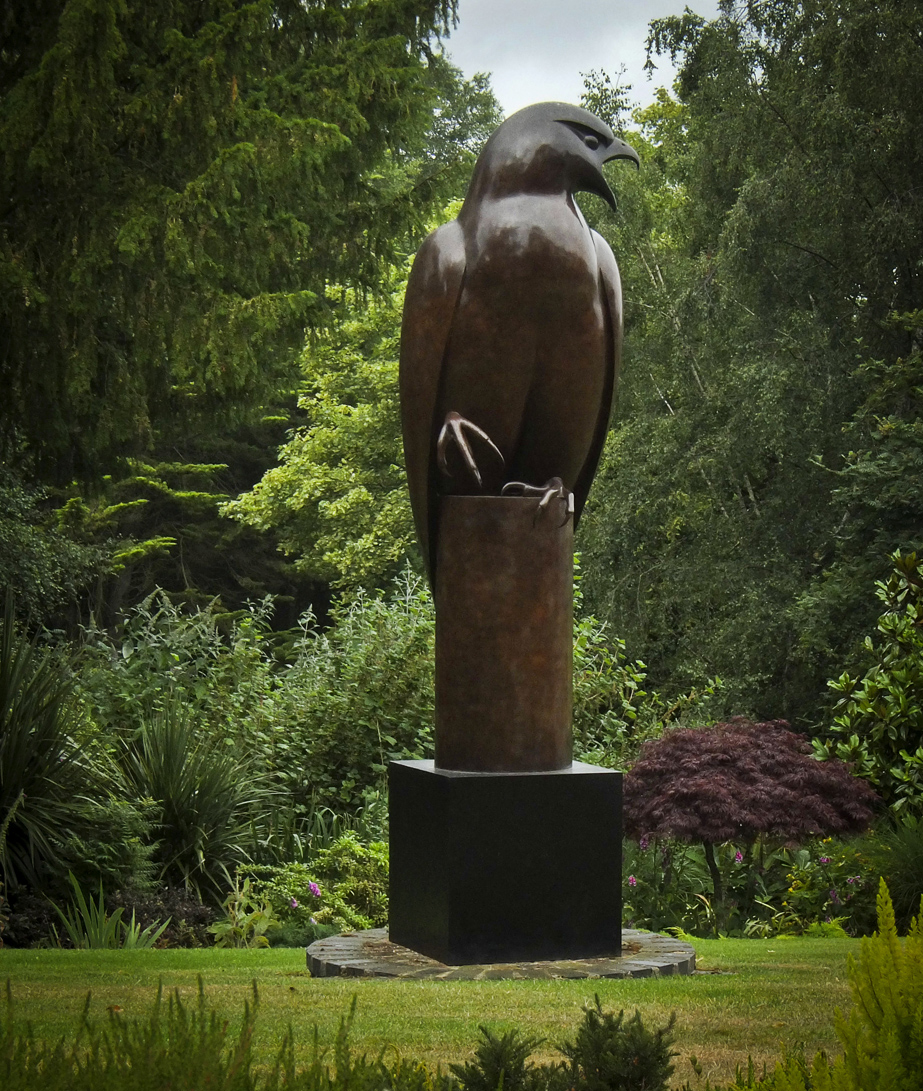 Geoffrey Dashwood was born in Hampshire, England in 1947. At the age of fifteen he won a scholarship to study fine art at Southampton College of Art, but left after a brief period, preferring to study directly from nature. He worked in varied occupations to support himself and experimented in various art mediums and techniques in his spare time. His last employment was with the Forestry Commission, engaged as a keeper in the New Forest, where he also became the unofficial artist in residence for his employers. Dashwood left the Forestry Commission in his mid-twenties to pursue a freelance career in art and soon received commissions for illustrations and design work, whilst concurrently drawing and painting independently.
‍
In the 1980s Dashwood discovered a gift and a passion for sculpture. His earliest works were small, highly realistic studies in the mainstream of traditional English wildlife art and comparable in style to the famous 19th century French Animalier School of Sculpture. Although these early works brought him commercial success, he became increasingly dissatisfied with the constraints of realism and the lack of personal expression the genre afforded him.

Dashwood started to experiment with larger life-size and monumental works and began to eliminate all superfluous details, creating boldly modelled pieces. He refined his sculptures to attain smooth, tactile, pure forms, further enhanced in bronze by the application of coloured and multi-coloured patinas. In these sculptures he combined his own aesthetic ideals, establishing a distinctive style which is now internationally recognised as being quintessentially Dashwood.
‍
Although his body of work can be classified within the wildlife art genre it is generally considered by many to transcend the subject matter and has also firmly established acceptance within the wider field of contemporary art. His affinity for and empathy with birds and his unique ability to express these emotions to others through his sculpture is undisputed. Dashwood’s work is exhibited and collected worldwide.

Geoffrey Dashwood’s works are held in the finest public and private collections around the world, and can be viewed with Muse Sculpture Co Luckman Park, Wiltshire, and at major art and decorative fairs.

The Artists at this Year's Royal Ascot 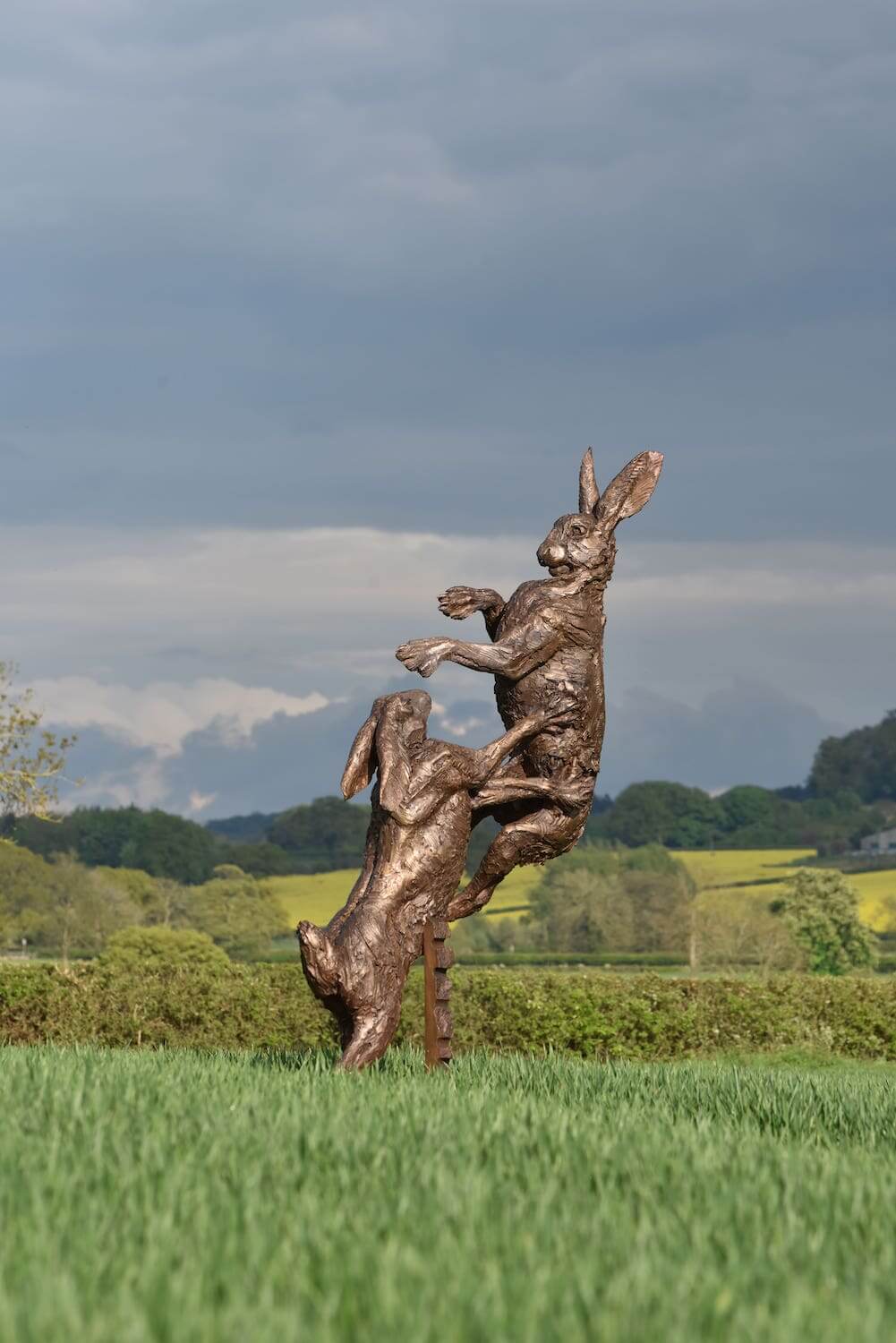 Hamish's distinctive style allows him to highlight the differences in muscle groups, hair texture and can even capture character by careful working of eyes, nose and other defining features His sculpting style is underpinned by a striking sympathy with animal kind. He says, "Having spent so much time studying wildlife in its natural environment, I've developed a true understanding of animal behaviour; Indeed, when in the field in places like Africa and Antarctica, as well as his camera, he will also take plasticine with him. 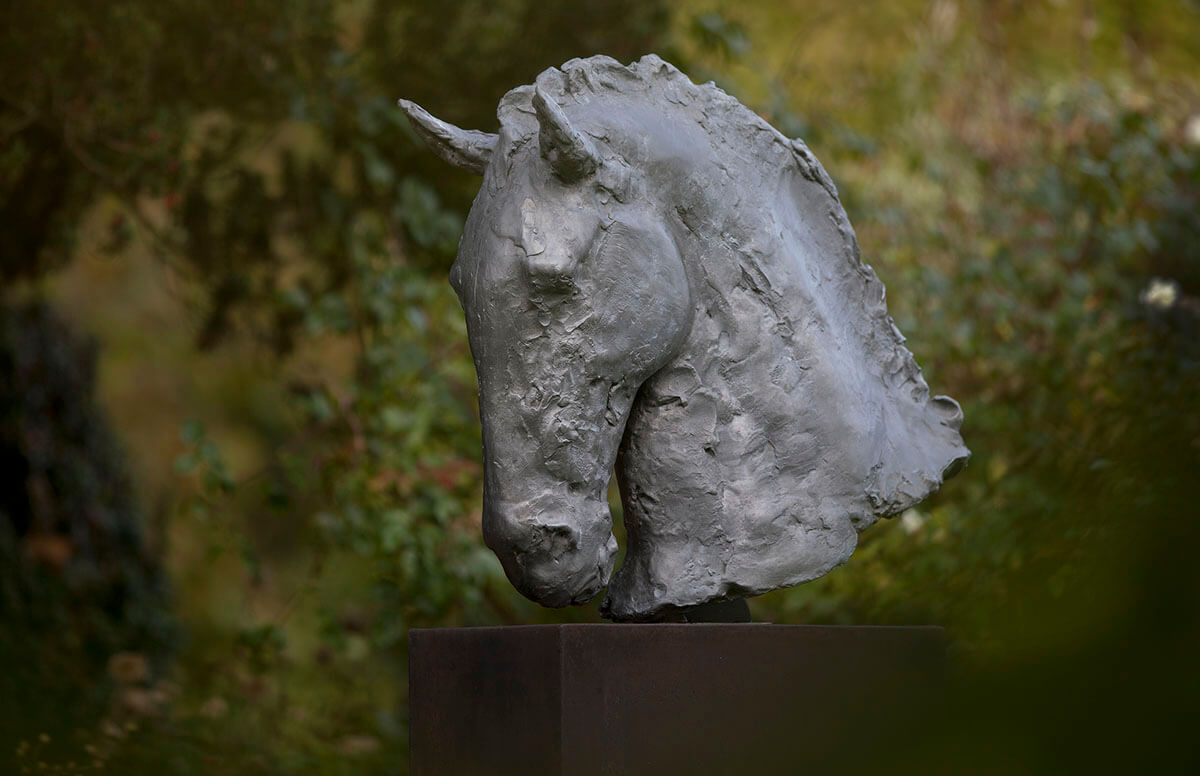 Louisa blends themes of religion and mythology into her classical figurative sculpture, and is inspired by the idea of a connection with people thousands of years ago.

She uses clay gathered from her own land which strengthens the interrelation between her as an artist, her home and the people who were there before.

The coarseness of the clay dictates the way she builds and works the surface of her pieces, giving them an exciting, contemporary and individual finish married with a classical understanding and approach.

Louisa has exhibited widely and is on the council of The Society of Portrait Artists. 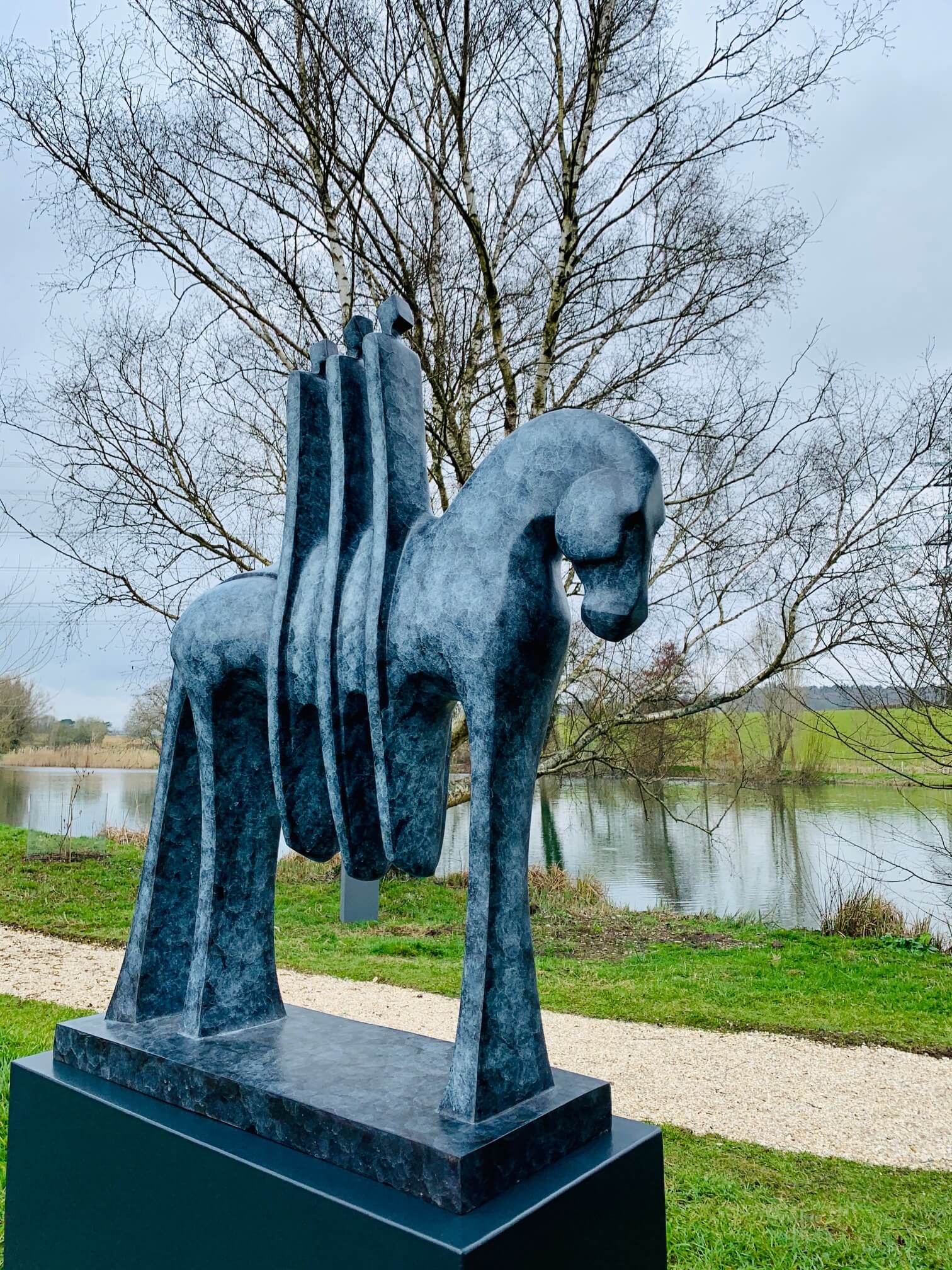 Marie's inspiration comes from various sources from the “French animalier” to the simplicity and purity of Brancusi’s work, the shapes and presence of Henry Moore sculptures, the sharp and clean lines of Calder metal sculptures as well as Pompom, Lynn Chadwick, architecture old and modern.

Marie's work can be found in various galleries in the UK and Europe and recently her Gold walking Cheetah and the bronze polished Sitting Cheetah featured in  the "Salon des Artistes Francais 2021" in Paris. 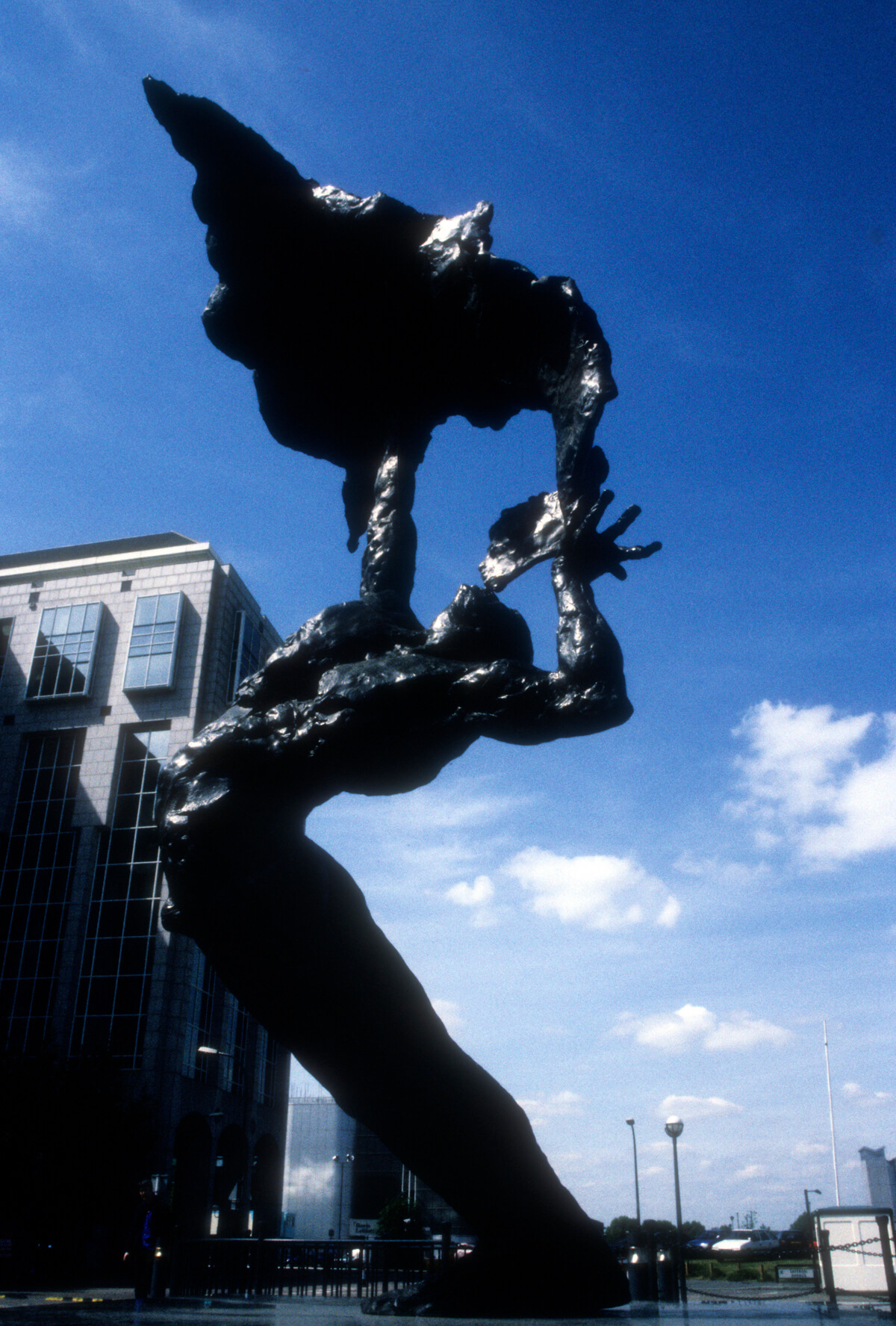 Maurice Blik has lived in England since being liberated from Bergen Belsen, where he was taken as a small child from his birthplace, Amsterdam. The ability to come to terms with this experience and to confront the face of humanity that he had witnessed inspires his award winning figurative work in which the irrepressible joy of life and the destructive, impenetrable shadow of existence, are held together in a struggling unity.

Maurice Blik works in the UK and USA where he was awarded residency by the US Government as 'a person of extraordinary artistic ability'. 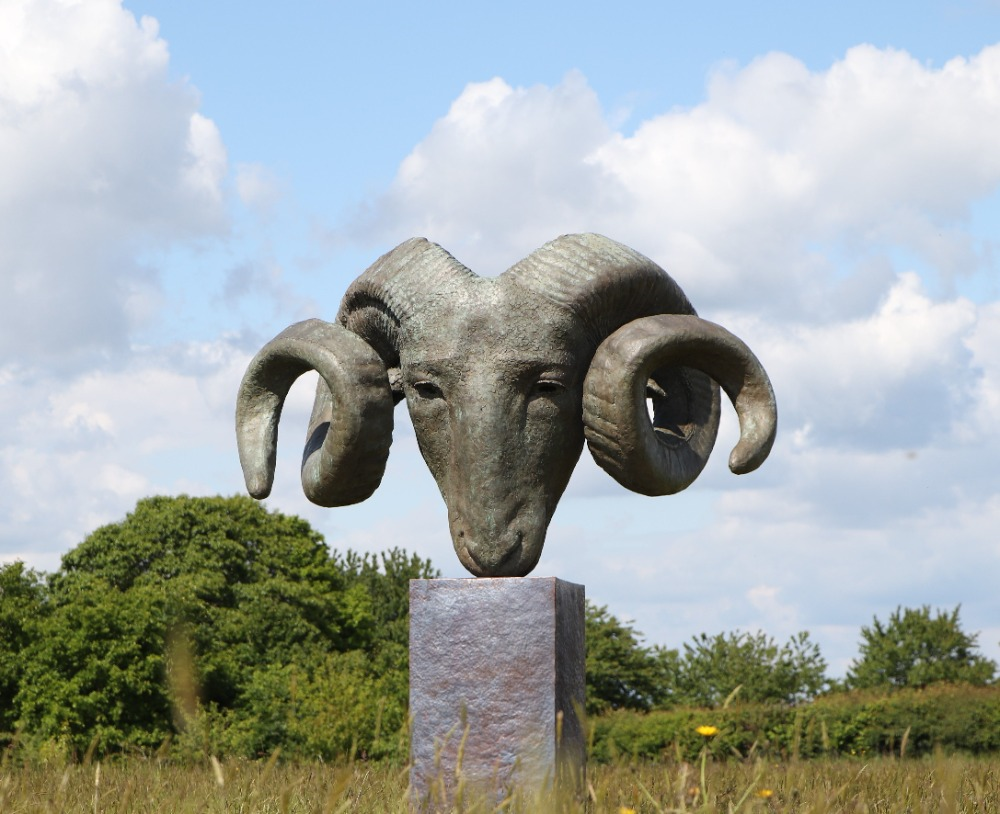 David Williams-Ellis’ sculptures are inspired by the romanticism of Rodin and Bourdelle, they are noted for their classical balance and poise and above all for a sense of movement and vitality captured within the form. It is the powerful energy of David’s work that thrusts its way beyond the ornamental and gives it its definitive contemporary edge.

David’s work has been exhibited at the Portland, Sladmore and Cadogan Contemporary galleries and at many international shows in Japan, Hong Kong, California and Europe. Today his work is in private collections all over the world and can also be seen in public spaces and flagship buildings from Scone Palace in Perthshire to the IFC Building in Shanghai and Swires in Hong Kong.

In June 2019, David’s biggest public project to date, the D-Day Sculpture was unveiled by the British Prime Minister and the President of France, above Gold Beach in Normandy. The sculpture has recently won the prestigious American Henry Hering Art Award. 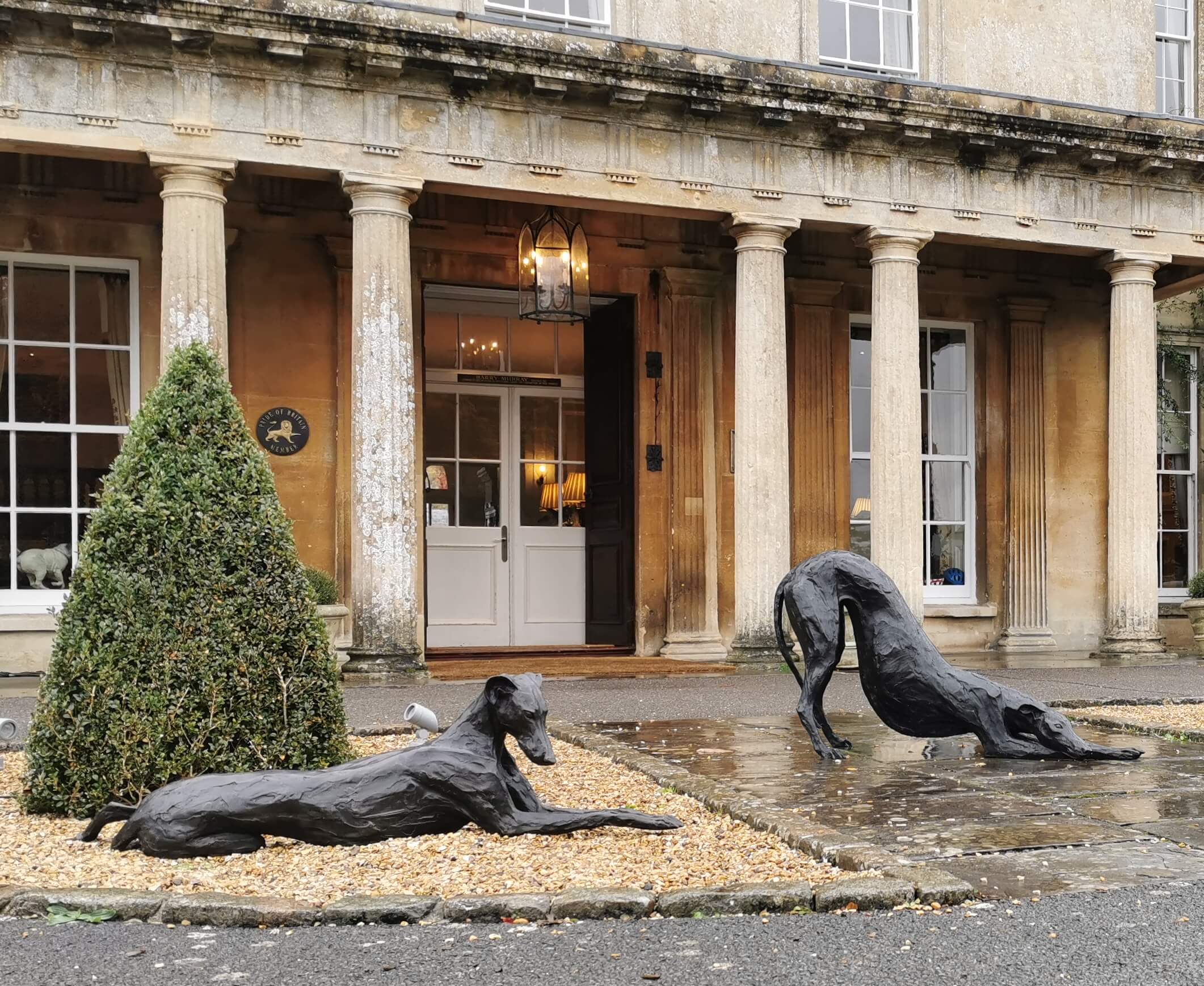 British sculptor Stuart Anderson works in both clay and wax, and casts his own bronzes using the lost wax process at his studio foundry. He was a recipient of the Henry Moore Foundation award, Voya Kondick Trust award and Angeloni Prize at the Royal College of Art. He has made extensive further sculptural research in India, Cambodia, Italy and Greece.

In his work he aims to convey the vitality of hounds in strong sculptural forms. He is often drawn to the elegant shapes created by greyhounds, Lurchers and Whippets at play or rest. He models from life, bringing these fine animals into his studio. 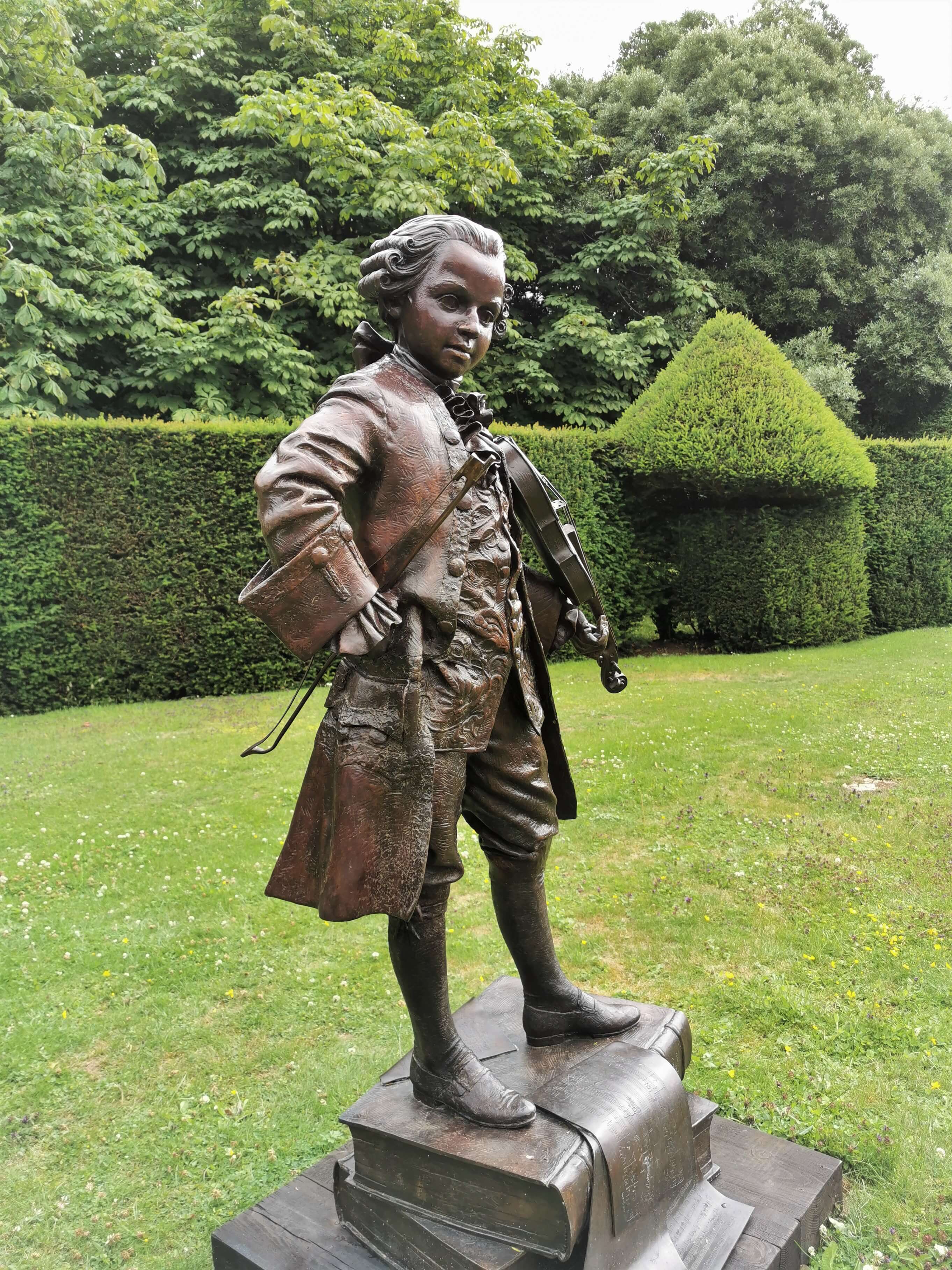 Philip Jackson lives and works in West Sussex where he divides his time between producing gallery sculpture and public commissions. He has recently completed a major sculpture which is the central feature of a memorial to the 55,500 men of Bomber Command that died during World War II. It was unveiled in Green Park, London, on 28th June 2012 by HM The Queen.

Philip Jackson’s gallery works have the ability to convey the human condition through the skilful use of body language. Whether with robed, masked or faceless figures reminiscent of 18th century Venetian procurators, graceful, delicately poised works such as Saraband, or the prestigious, figuratively detailed monumental public social figures for which he is often commissioned, Philip Jackson’s work moves people. Imposing and operatic both in narrative and in their presence, Jackson’s works are powerful and beautifully sculpted.

Hauntingly elegant or theatrically enigmatic, individually or cloistered together, the meticulously precise posturing of the work creates an overwhelming sense of drama from which emanates highly charged emotions, secrets, conspiracies and intrigues.

Philip Jackson has produced some of Britain’s best known public sculptures including the figure of the late Queen Elizabeth, the Queen Mother for her National Monument in The Mall, which was unveiled by HM The Queen in 2009. Amongst his other works in London are The Gurkha Monument in Horse Guards Avenue, The Young Mozart in Orange Square, The In-Pensioner outside the Royal Hospital, Chelsea and the giant figure of Bobby Moore in front of Wembley Stadium. Works outside of London include the equestrian sculpture of HM The Queen in Windsor Great Park, the Falklands War sculpture for the Royal Marines at Portsmouth, St Richard outside Chichester Cathedral, Constantine the Great at York Minster and also Empress Elizabeth of Austria in Geneva.

Philip Jackson’s works are held in the finest public and private collections around the world, and can be viewed with Muse Sculpture Company Luckman Park, Wiltshire, and at major art and decorative fairs.

His works are held in the finest public and private collections around the world, and can be viewed with Muse Sculpture Co at Luckman Park, Wiltshire or at major art and decorative fairs. 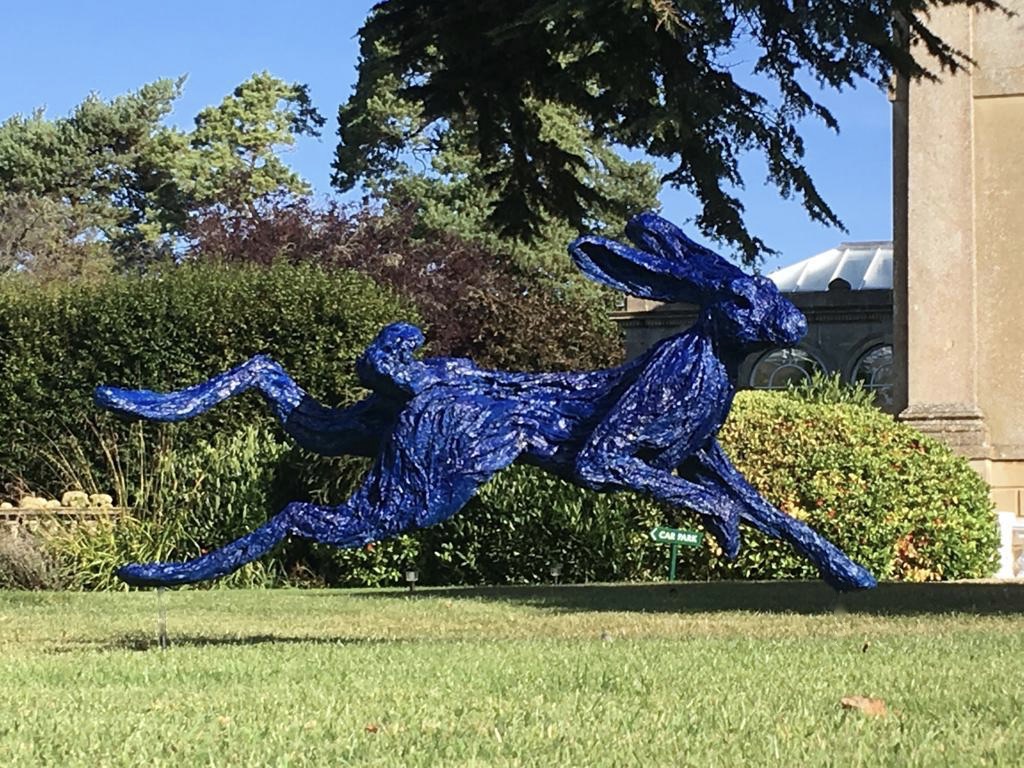 Her love of sculpture began when she was at school in Gloucestershire where she was very fortunate to have a great sculpture teacher, who saved her from the hot-house of academia and has been a great inspiration even to this day!  After completing a degree in History of Art at Manchester University, Jane spent her early career with a London firm of Fine Art Valuers and Consultants travelling and living abroad before returning to London to set up and run a recruitment company, which she then sold after a decade.

On moving to Dorset in 2013, she revived her love for sculpture inspired by her life long interest in wildlife, and the outdoors.  Jane is passionate about capturing the overall emotion and movement of animals and wildlife in her bronze sculptures. Her focus is to portray the character and emotion of each individual animal by using fluid, spontaneous and strong gestural strokes in any material she uses.  Jane does not shy away from the ugly –  as she says: ‘Ugly is beautiful’ and can create a statement of feeling through any subject she chooses, whether wildlife, domestic animals, equestrian or figurative.  Often working directly from life, she produces bronzes for both inside the home as well as garden pieces on a larger scale.

Jane’s total passion for her work, has led her to win several sculpture awards, and continues with her own sculpture projects alongside commissions,  mainly focusing on wildlife and animals.  Jane Shaw’s works are held in the finest public and private collections around the world, and can be viewed with Muse Sculpture Co Luckman Park, Wiltshire, and at major art and decorative fairs.