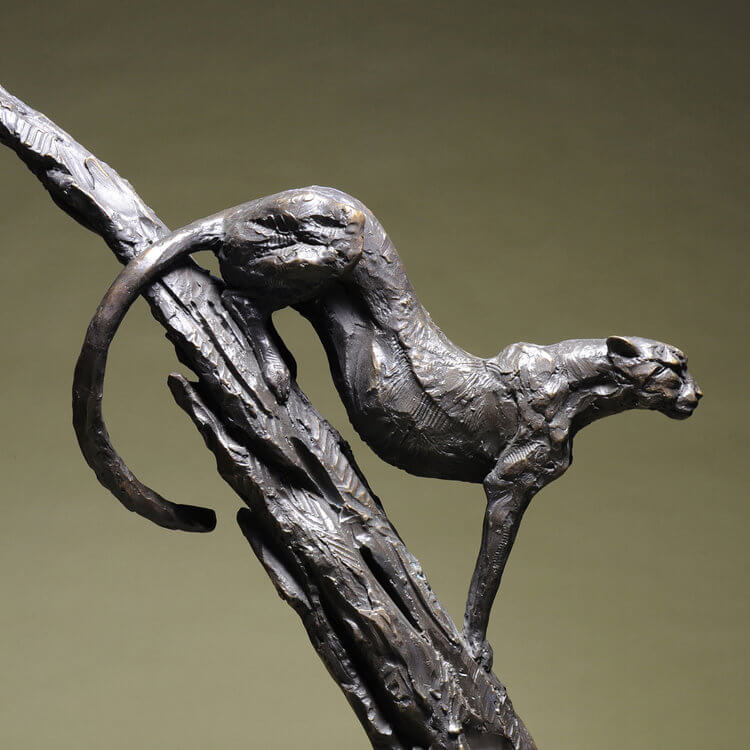 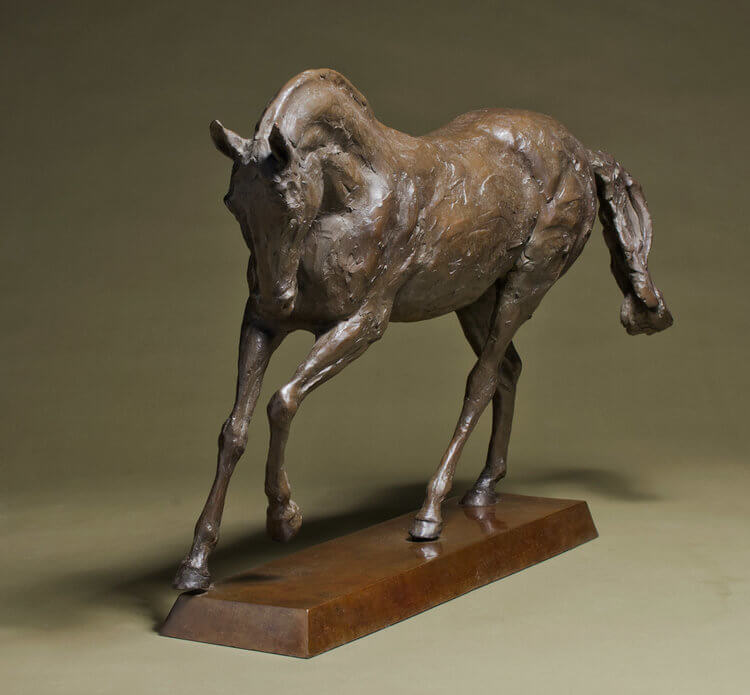 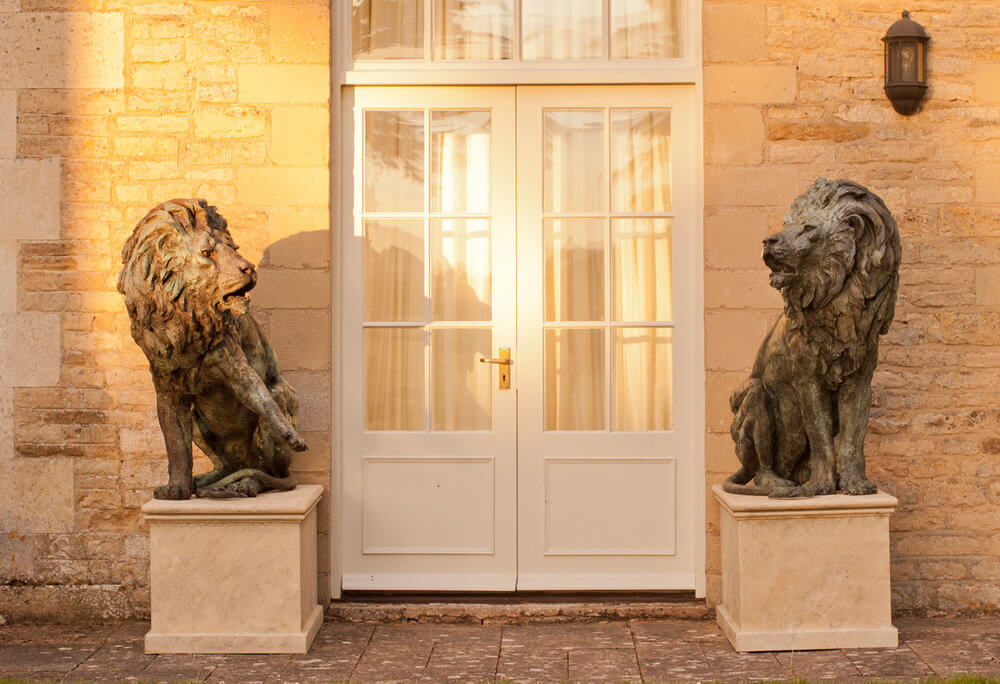 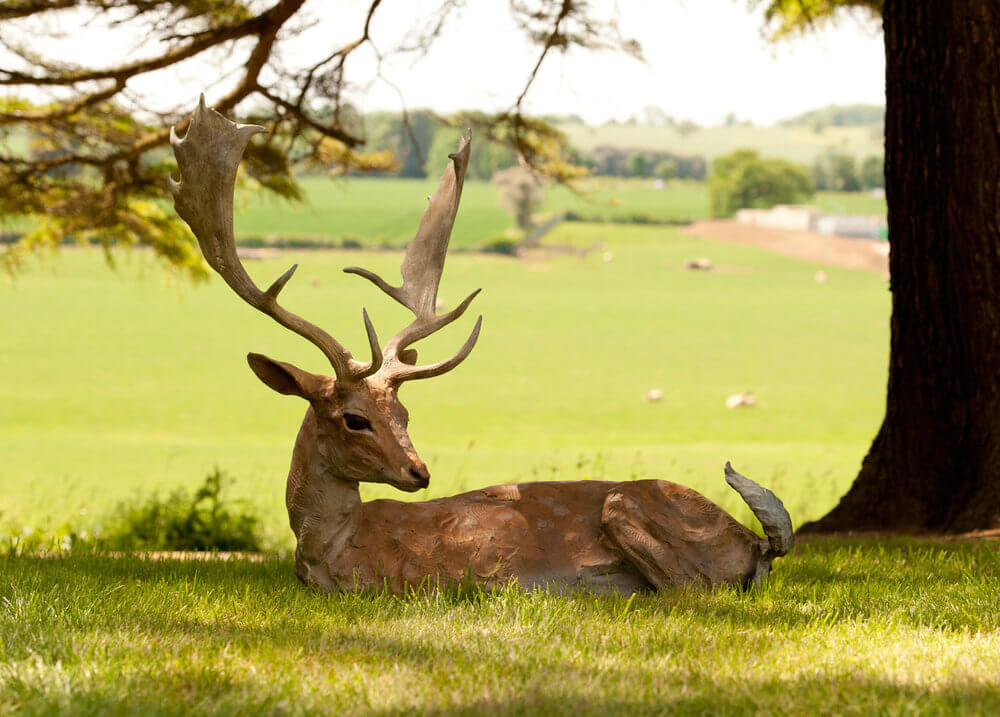 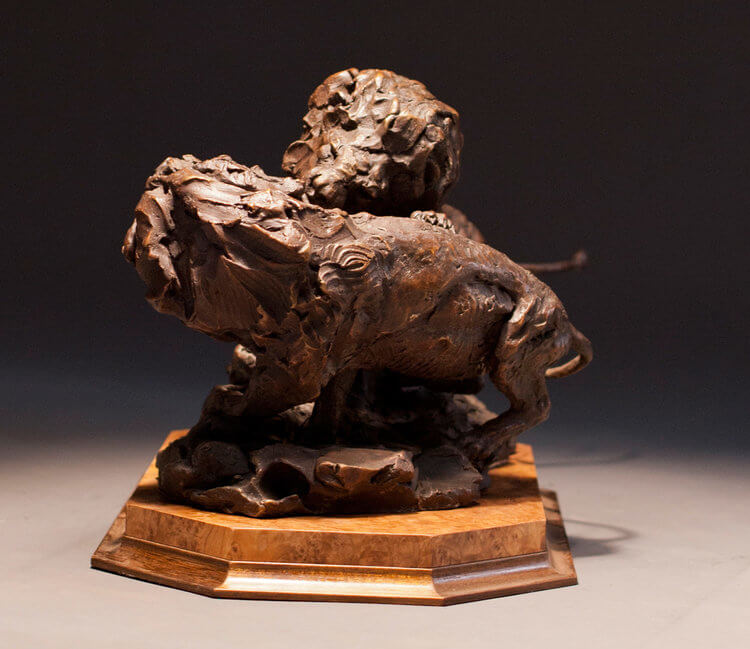 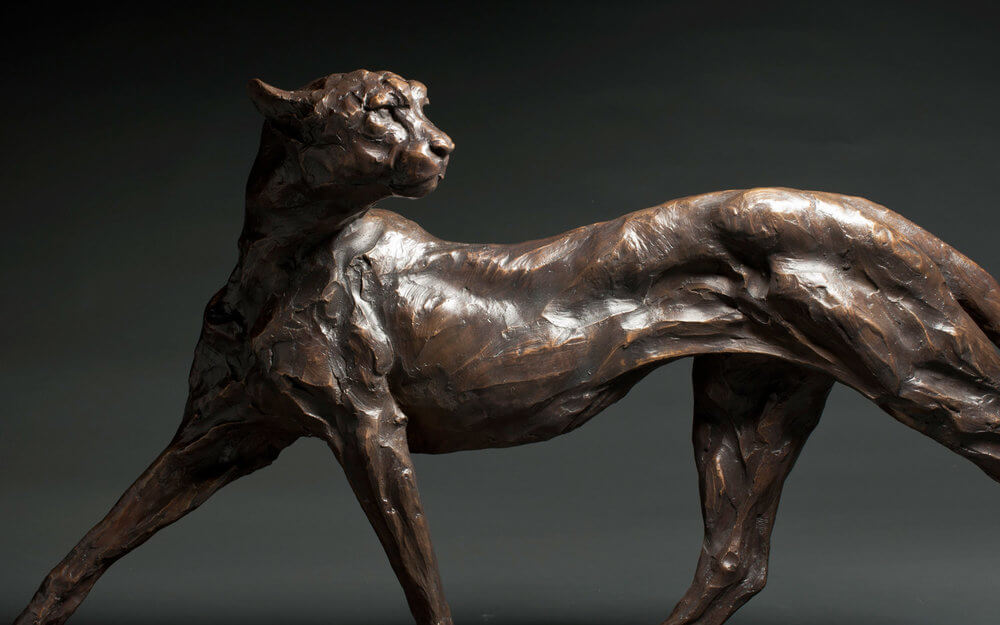 Theodore Gillick was born an identical twin in 1972 and against the flow of his close-knit and entirely artistic family studied science at Aberdeen University. An award winning degree led to a scholarship to the University Botanical Gardens in Jerusalem where a friend and painter re-introduced him to sculpture. Returning to Britain he consulted as a botanist for game and stock management on landed estates throughout Scotland and her Islands for the Macaulay Research Institute and the Institute of Terrestrial Ecology but finally quit to retrain in sculpture and stone carving. Finishing that course with an award, he set about developing work and ideas and received his first commissioned work in 1997.

Theodore’s family has been involved professionally in the arts for three generations. Three direct family members have represented Britain as artists at the famous international Venice Biennale - more than any other family. Among these poets, actresses, illustrators, dancers, painters,architects, designers and craftsmen are: Earnest Gillick (1874-1951),responsible for figures on the V&A façade, the Cenotaph in Glasgow, among many other works both here and abroad; Mary Gillick (1881 - 1965), master practitioner of relief sculpture, responsible for the portrait and design of the pre-decimal coinage, the current silver silhouette of the Queen on picture stamps, among other fine secular and ecclesiastical works; his cousin, Liam Gillick, a conceptual sculptor and a figure of the Brit-art movement, Turner Prize 2002; twin brother, James, a sought after portrait, still life and figure painter who is also the youngest yet to have a PM sit for him (Margaret Thatcher) and the first British painter officially commissioned to paint a Pope; Dr. Ambrose Gillick, innovative architect and lecturer; Gordon and Victoria Gillick, ground breaking printers. It is within this extended family tradition of professional artists, designers and makers that Theodore grew up and was trained, and it forms the bedrock of his work. He is married and has six fabulous children in Buckinghamshire.

Of his work Theodore writes;

Animalia work has occupied me from 1999 to date and it is as much an intellectual idea as it is the translation of things I admire. This genre of sculpture, very strong in the UK, is something quite unlike any previous period that depicts animals in art. There is no allegory here. No symbolism. No human sentiment. Although sometimes using contrivances to break the limitations of sculpture, I have made a study of nature unobserved and at ease with itself.  It is pure,unobtrusive observation and delight in that observation. It is David Attenborough in metal, describing wildlife in its most natural state.

European and British Fauna: The response of the art buyer to a good piece of contemporary animal sculpture has everything to do with the sense of place and occasion that animals in the landscape conjure in the imagination and memory. The challenge is to convey by touch, texture and shape not a super-accurate likeness, but a truthful attitude, with an internal energy that fills the modelling with life and vibrates the air around the work. In all works is an attempt to escape the terrible restrictions of sculpture which cannot set a thing in a landscape or give it perspective.  A good piece, by modelling and design, has to suggest the wheel rut and the sun the hare is lying in, the clatter of wings, or the keen wind that rakes the mane.

African work:  The heart of this continent has a visual language, richness and originality entirely of its own. A tension exists in the landscape, in the beasts, even in the shape of the trees, in the quietness and noise. It quickens a very primitive core and all the senses unlike anything I remember. Some of the artworks that I developed from sights and sketches come from the same line and principle as my studies of our native fauna. They delight in close and quiet observation, and are similarly worked and poised.  In these works the unreleased potential,rapid movement or the full and burning attention of a predator viewing its prey describes an aspect of the animal, but also of the artist and the viewer alike.

Theodore's animal work is highly sought after and is to be found from palaces to cottages all over the world.  He has completed numerous private and public commissions.